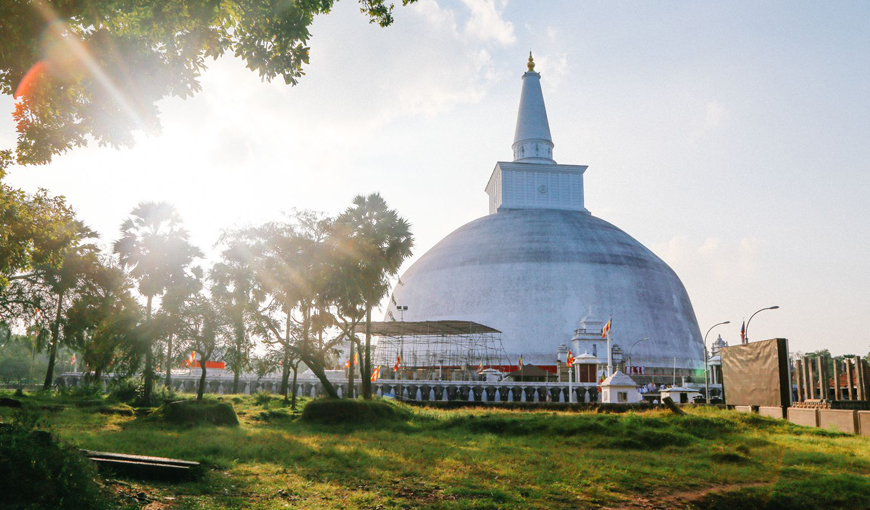 Anuradhapura is one of the ancient capitals of Sri Lanka, famous for its well-preserved ruins of ancient Lankan civilization. The city, now a UNESCO World Heritage Site, lies 205 km north of the current capital Colombo in Sri Lanka's North Central Province, on the banks of the historic Malvathu Oya. From the 4th century BC, it was the capital of Sri Lanka until the beginning of the 11th century AD. During this period it remained one of the most stable and durable centers of political power and urban life in South Asia. The ancient city, considered sacred to the Buddhist world, is today surrounded by monasteries covering an area of over sixteen square miles (40 km²). Protohistoric Iron Age Although according to historical records the city was founded in the 5th century BC, the archaeological data put the date as far back as the 10th century BC. Very little evidence was available about the period before the 5th century BC (i.e. the protohistoric period), though excavations have revealed information about the earlier inhabitants of the city. Further excavations in Anuradhapura have uncovered information about the existence of a protohistoric habitation of humans in the citadel. The protohistoric Iron Age which spans from 900 to 600 BC, marked the appearance of iron technology, pottery, the horse, domestic cattle and paddy cultivation. Within the time period of 700 to 600 BC the settlement in Anuradhapura had grown over an area of at least 50 ha. The city was strategically situated with major ports northwest and northeast, it was surrounded by irrigable and fertile land. The city was also buried deep in the jungle providing natural defense from invaders. Lower Early Historic period The Lower Early Historic period, spanning from 500 to 250 BC, is studied on the lines of the chronicles. During this time King Pandukabhaya formally planned the city, with gates, quarters for traders etc. The city at the time would have covered an area of 1 square kilometer which makes it one of the largest in the continent at the time.