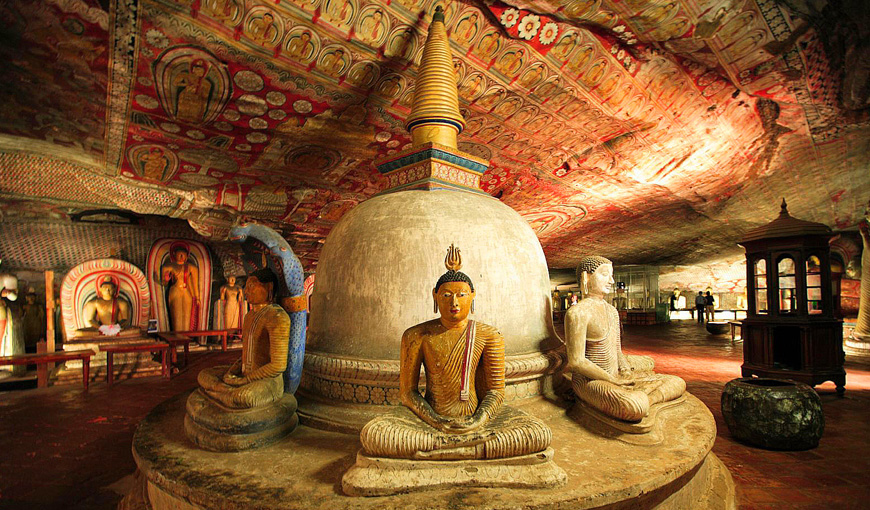 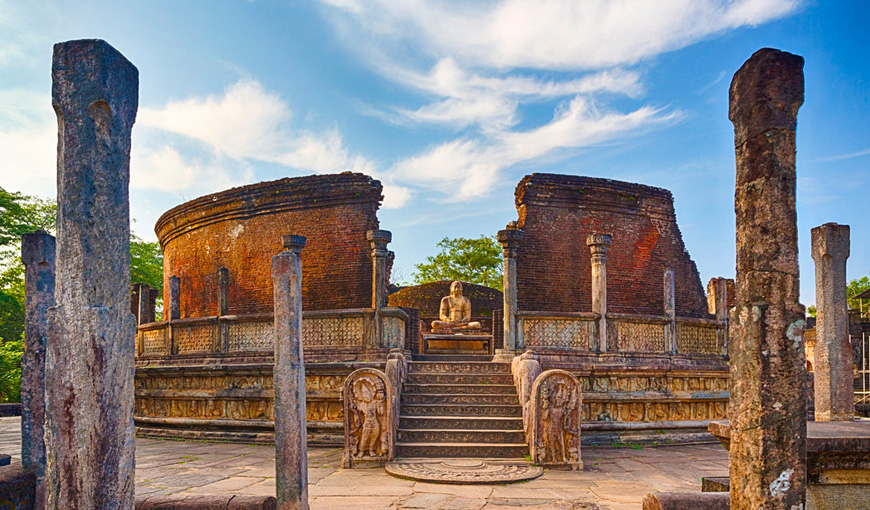 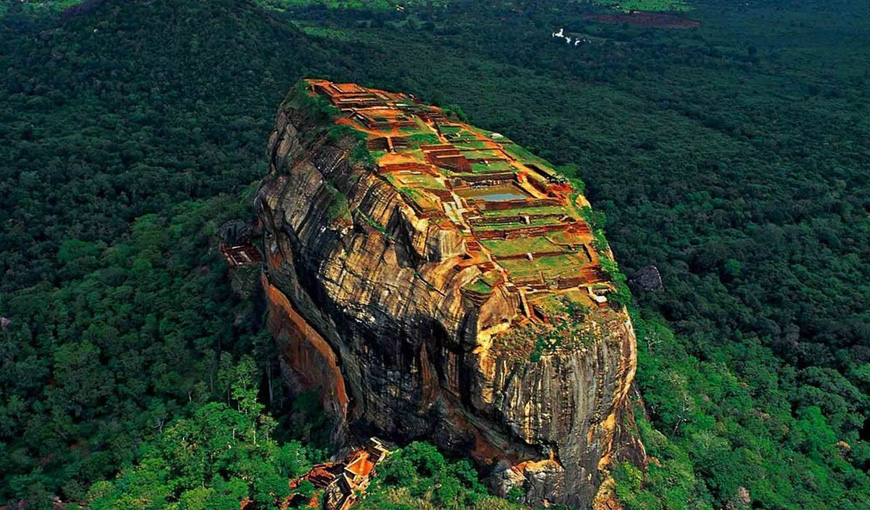 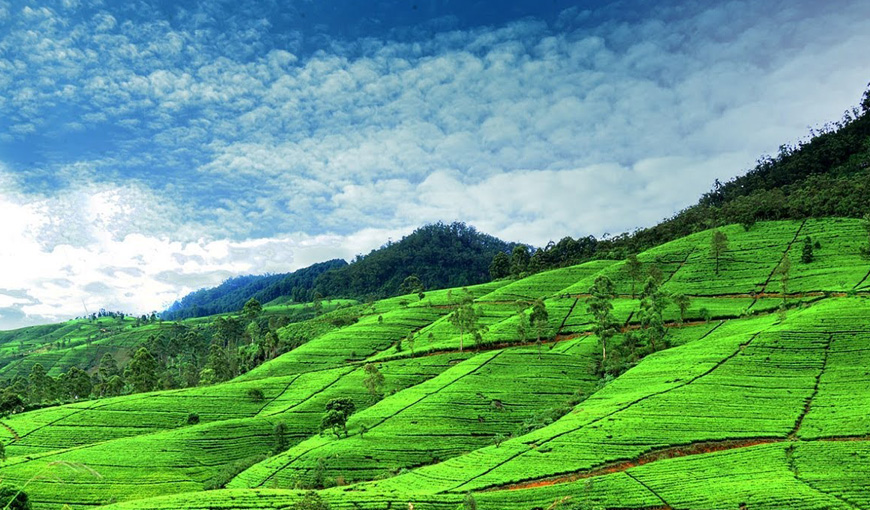 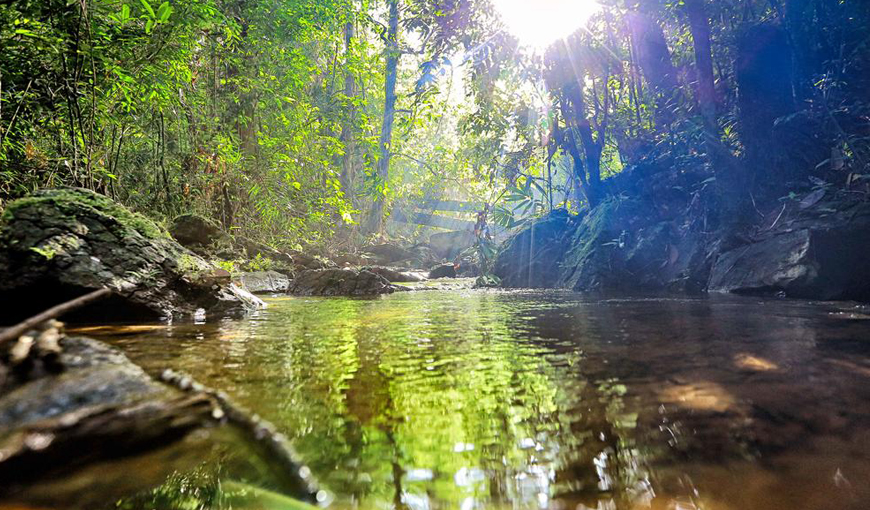 Sri Lanka is a island of the Indian subcontinent, shaped like a teardrop falling from the southern end of India, situated between longitudes 79º 39E and 81º 53E and latitudes 5º 54N and 9º 52N. It`s 433km long from north to south and only 224km at its widest. Its area of 65,610sq km is about the same size as Ireland. Today Sri Lanka is considered one of the most bio-diverse areas in South Asia. Recent scientific evidence indicates that many of the plants species in the southwest of the country have a Deccan-Gondwana ancestry. On a global scale, Sri Lanka has been declared as one of the world’s 25 different hotspots in biodiversity. The central hill country rises a little south of the center of the island and is surrounded by a coastal plain. The flat north-central and northern plain extends from the hill country all the way to the northern tip of the island this region is much drier than the rest of the island. The highest mountain is Pidurutalagala 2524m which rises above Hill region in Nuwara Eliya. Mahaweli Ganga is the longest river in Sri Lanka ( 335km ) Sri Lanka is a tropical country in that there are distinct dry and wet seasons. There is two monsoon seasons. From May to August south-west monsoon brings rain to the south and west coast regions and the central highlands. The north-east monsoon season from October to January bringing rain to the north and east of island. The averages annual rain fall is 2500mm, the average temperature of 27cColombo and low-lying coastal regions and Nuwara Eliya average temperature is 16c. Sri Lanka has a population of nearly 20 million, population density of some 280 people per sq km.Sri Lanka a creditable literacy rate is 95% and life expectancy for men 72 years and for women 76 years. The 3 major ethnic groups living here, the Sinhalese are constitute about 74% of population. Tamil are 18% of population and Muslims about 7% of population. There are two distinct groups of Tamil in Sri Lanka is call Sri Lanka Tamil and Indian Tamil. The religion wise Buddhist is 74%, about 12% of Hindus,7.5% Christians and 7.1% Islamic. It`s easy to get in Sri Lanka with English, Sinhala and Tamil are both national languages

Sri Lanka’s diverse climate and similarly-varied geograspanhy have resulted in a rich biodiversity contained within a wide range of ecosystems. Sri Lanka has two basic eco-zones, a result of the central mountains that intercespant the monsoonal winds: a wet zone in the south-western quarter and a dry zone in the rain shadow in the remaining area. Since these demarcations are not spanrecise, there is an intermediate zone, too. Minor areas to the north-west and the south-east, which escaspane the full force of the monsoons, have an almost arid climate. Among the terrestrial ecosystems are forests varying from wet evergreen forests (both lowland and montane) to dry thorn forests, grasslands, and a comspanlex network of rivers, wetlands and fresh water-bodies. These, together with the coastal and marine eco-systems – estuaries and lagoons and associated mangrove swamspans, constitute the country’s extraordinary natural environment In addition, there are numerous man-made ecosystems related to agriculture and irrigation which have a direct bearing on conservation, sustenance and survival of biological resources